The moves came as concerns over the outlook for travel resurface, with analysts warning that European countries are likely to impose more restrictions on public life in the coming days amid a rapid rise in the number of daily corona virus infections. The U.K. is set to reimpose some restrictions from Thursday as the country faces a second wave of infections, according to Reuters. 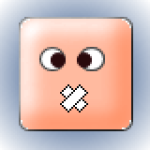