The indicators, MACD and moving averages, spot trends once they are set up, due to delayed entry. Chances of getting wrong is less.

Let us discuss this with a GBP/USD chart. 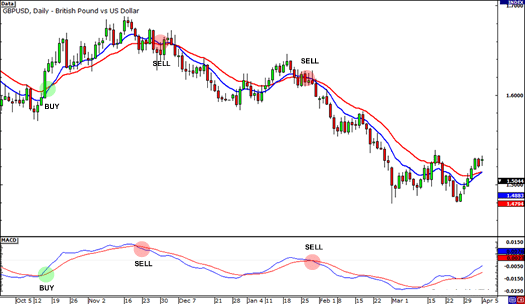 In the chart, there is 10 EMA (blue), 20 EMA (red), and the MACD. Near round 15th October, 10 EMA spans the 20 EMA, this is a bullish crossover. The MACD makes an upward crossover and gives a buy signal. Then, later, MACD and moving averages give two sell signals.

Now, let’s focus on how these crossover signals may give false signals, that is, fakeouts. 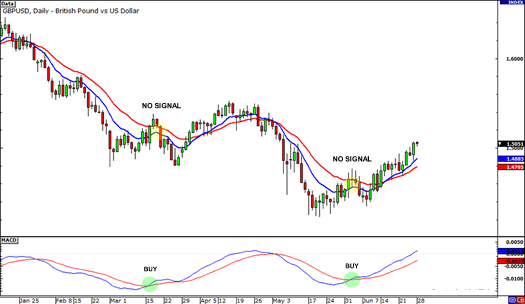 Now, after five months, on 15th March, MACD makes a bullish crossover and moving averages give no signal.

In the same way, if you pursue to buy signal from MACD, that is a fakeout. Also, towards the end of May, the MACD buys signal and is not escorted by any moving average crossover. But now, if you enter a long trade right after it, you will suffer loss as the price dips thereafter.